I have to say we have been eating very well since we got all our stuff back. We were eating pretty well in our one-bedroom without our stuff, too, but it was a lot harder to make meals and I had to plan what food would cook in which of our one pot, one pan, one baking sheet, and, eventually, one baking dish. But basically anything was better than in Cincinnati where we barely ate at home at all.

Weeks two and three of NoCoPoMo were full of good food and LEFTOVERS. My favorite. Really. Leftovers means you don’t have to cook some nights or that there are lunches ready to eat. And using the crock pot means there are always leftovers. It’s hard to find a crock pot recipe for two people.

Week 2 we feasted on Beth’s Crockpot Sausage Lasagna. It was delicious, and got better the longer it waited in the fridge. I don’t usually make lasagna with sausage, but I think it will become a permanent addition. I used one hot sausage and one mild sausage (because the meat counter didn’t have any medium) and it worked out perfectly. Now, my favorite part of lasagna is the crunchy over-baked noodles on the sides of the pan, so I don’t think I will always make my lasagna in the crock pot, but it certainly was easy and a great way to feed a bunch of people!

Lasagna in the Crock Pot

The Herbed Balsamic Chicken that kicked off week 3 was not as much of a hit. And it wasn’t the poor chicken’s fault. We had a thyme problem; we’ve always had a thyme problem. I have since rectified the situation and purchased crushed dried thyme instead of the ground thyme that we had, but when you sprinkle 1 tsp of ground thyme on anything, it’s a bit overwhelming. Nate dubbed it “mud chicken” because it looked like it had mud on it there was so much thyme. I thought it tasted good, but then what food looks like has never had anything to do with whether or not I will eat it. So use crushed thyme.

I was also a little worried because of our previous very vinegary roast, but the chicken turned out well. It had a taste of balsamic, but it was not overwhelming. 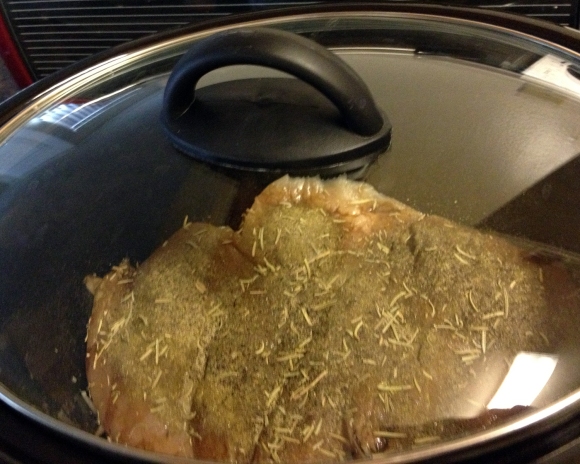 Mud Chicken Cooking – I also didn’t pour the liquid over the chicken, which might have helped thin out the thyme.

I’d never made beef stroganoff before. It was one of those classic American comfort food meals that I never had growing up, so I never had the chance to miss when I left home. When I opened the sour cream container, I found out that the seal had been put on incorrectly and the container had been open since the factory. Luckily, a little googling told me I could use Greek yogurt instead. It tasted good to me! But I don’t exactly have a frame of reference, so I can’t vouch for its “correctness.” I used this Classic Beef Stroganoff from my trusty Better Homes and Gardens The Ultimate Slow Cooker Book: 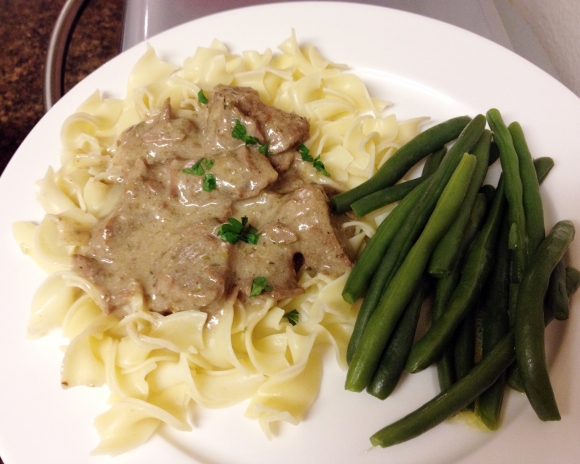 We served ours with wide curly egg noodles and green beans. And it was delicious.

Only one week left of NoCoPoMo. And Nate picked the menu for the entire week. He was getting tired of my “trying new things.” Ah, it happens.

Apparently Festival Season in Tucson starts at the end of September! I’m very excited about this – I love festivals! It’s a chance to get out without really needing to plan something to do. They are usually pretty inexpensive or (even better) free to attend, and there is almost always lots of good food.

This past weekend we went to the Tucson Greek Festival at St. Demetrios Greek Orthodox Church. To be fair, I went for the baklava. As long as there was baklava there, I was going to be happy. Considering it was a Greek festival, my chances were approximately 100%. And I was not disappointed! Not only do I love baklava, I love Greek food in general. We went a little befor dinner and wandered around the display stalls and the festival grounds to see what there was. Not too much beyond the food and stages, but that was OK by me. Then we went a got some delicious food and stayed for a bit to watch the dancing and listen to the music. 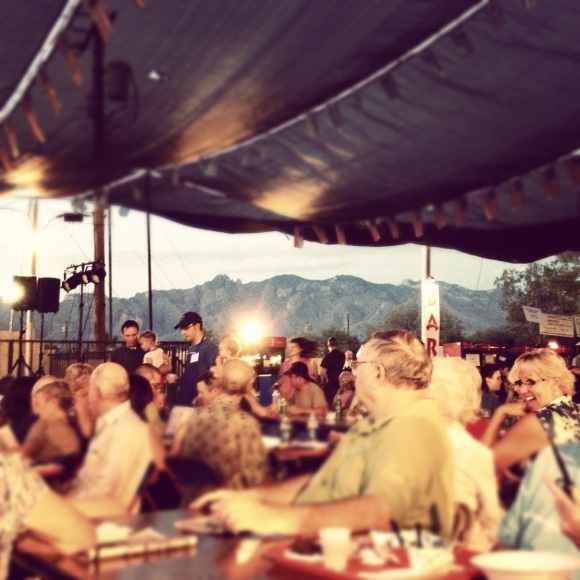 As packing has overtaken my apartment, I’m feeling more and more overwhelmed by all the stuff everywhere!  So I turn to the more extreme examples of order and organization for a chuckle at myself and how I hope for things to be when I finally get everything together.

Actually, I’m out of the office today anyway, so that made Wednesday like my Friday and this Friday is like a Saturday in a long series of Saturdays.

Getting to the point…

Uhhh, OK, now that we got that out of the way.  Last weekend, in between the free concerts, I spent my mornings at two farmer’s markets around town.  With Erin.  It was great.  Bright mornings, hot coffee, sundresses and fresh veggies.  Oh, and amazing pesto care of the Cub Scouts.

On Saturday morning, Erin and I visited the little Mt. Lookout farmer’s market, and bought SO MANY VEGGIES we were pretty sure we wouldn’t need to go shopping for a month.  Until we ate them all that afternoon. Mmmmmm.

We spent Saturday afternoon in Erin’s apartment working on her wedding stuff.  Or mostly watching movies.  We sat on the couch working on our laptops – exactly how we spent a large amount of our college years together!

Then Sunday we decided to go to the the Hyde Park Farmer’s Market – which, it turns out, is more like a farmer’s market PARTY! With bread & milk & veggies & flowers & coffee & soaps & live music…wonderful!

We followed our morning out with an afternoon spent working from a coffee shop (kind of like I’m doing today!).  It’s amazing how much more work I get done when I’m working in a place that makes me happy.  I would totally like to work from out of the office a couple days a week.  I would be way more productive.

So now I have even more veggies (which Nate is ecstatic about, by the way) and I’m pushing pretty hard to get the 3-tier hanging basket I bought ages ago finally put up. Yay!

This weekend I’m not going to make it to either farmer’s market. So I’m going to have to hunt down another one during the week.  There are a lot around, so I should be able to find one!  I love summer and its fresh veggies!